Paradoxes And How [Not] To Understand Reality

Reality is at it's essence a paradox. The rational mind cannot not grasp or understand reality for exactly that reason. And science is rooted in that same belief-system. Science proclaims that you can explain reality in a rational way. Science and the materialistic world-view is based on a simple but mistaken belief. And nobody within science ever seriously questions this belief. It is taken for granted. The fundamental belief of science is that there exists a materialistic and mechanistic reality out of which consciousness arises. Consciousness is viewed as a biological function that is produced by a complex interaction of neurons and chemicals in the brain. 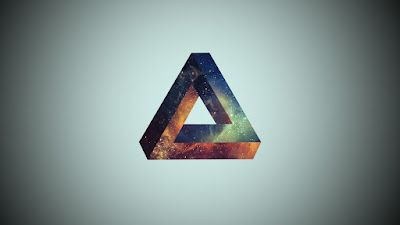 This is taken so deeply for granted that it is never questioned. It is not surprising, because this is the way that literally every person on this planet is raised today. That we are a human being which is separated from a dead and unconscious reality outside of us.

This is the rational paradigm of science. And only within that framework rational explanations can work. This paradigm allows for certain things to be possible and other not to be.

Rationality and therefore our minds cannot grasp how existence comes from nothingness. Why something exists rather than nothing. That appearances and all of reality is infinite and groundless. That there is nothing inherently existent behind that which appears as our experience. It is an infinite regress. Behind the illusions you can only find more illusions. Taken to it's full conclusion this process negates itself. The search for truth is seen to be pointless. Walking the path leaves no path behind. The answer is found in the unanswerable Isness or Suchness of the Absolute.

Truth can only be found in the illusion. Because Truth escapes all experiences. It precedes all experience and is the ground of everything. But, as it is no-thing, it contains no points of reference. Nothing to experience itself against. Only un-manifested infinite possibility. To transform these words into experienced realizations, we have to leave rational reasoning on the side and dive into what we can actually experience.

How can you arrive at these realizations? Well, that is the quest humanity has been on for a long time. At their roots, many religions tried to be a guide for the realization of truth. But in today's world they are even harder to understand. We leave all religious dogma also on the side and instead go with easily applicable and practical steps to enlightenment.

The two basic exercise that form the corner-stone of almost every serious practice are meditation and contemplation.

Meditation in this regard has two poles that need to be developed. The first is concentration and the second is letting go.


It really is that simple and those two techniques can guide ones practice for many years.


In this whole endeavor of separating the real from the illusory humanity has used mind-revealing chemicals throughout history. We call these now psychedelics. They can greatly accelerate the revelation of higher truths. But it takes great courage to became a true psychonaut. So this path surely is not for everyone.